Get fresh music recommendations delivered to your inbox every Friday.
We've updated our Terms of Use. You can review the changes here.

Only One Earth To Destroy 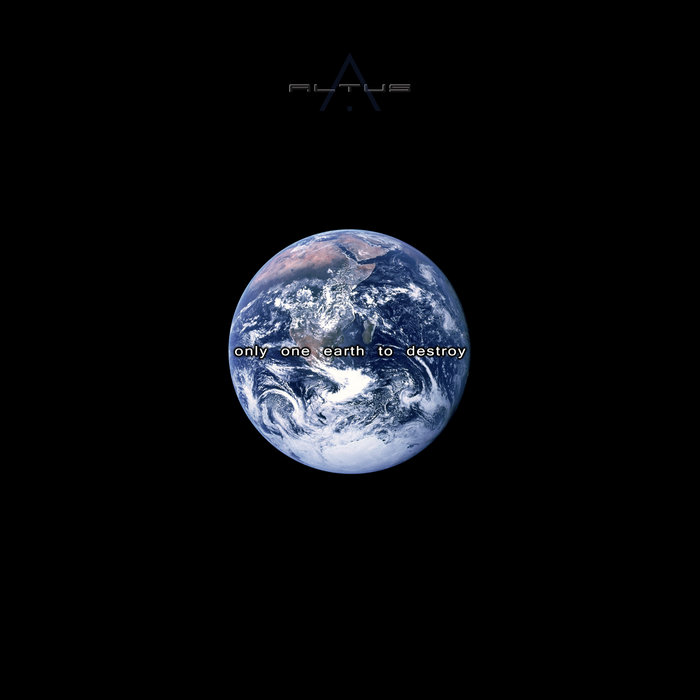 Those familiar with Altus will be surprised by Only One Earth To Destroy. This is, by far, the darkest release to date.

At this time, we don't know of any other planet that can sustain life as we know it. The most logical course of action would be to try hard to reverse the damage we've done so far . . . to change our ways and be, at least, a little more conscientious towards the environment. Instead, we drive our cars and create garbage in colossal amounts.

This album is about the human race, and how stupid we've become. There's nothing stopping us to work together and solve the problems we've created. Yet time and time again, we seem to want to destroy our only home. The most unfortunate thing is that every single one of us helps propagate this problem, even though some of us don't want to. To be a part of society means we're part of this disposable culture where one-time use items (double wrapped, of course) are way too common. Convenience certainly has its price. It maddening to see the way things have gone and how powerless it is for anyone to make a real difference.

What's being said is certainly not new or original. This is just meant to be another voice of concern, using music to really do the talking.

Photo: NASA
Thanks to acutescream, Walt Odington & Pete Chapman for samples in Track 5

Aural Journeys
for the Mind's Eye

Bandcamp Daily  your guide to the world of Bandcamp

Hath frontman Frank Albanese stops by on a supersized, year-in-review edition of the Metal Show.